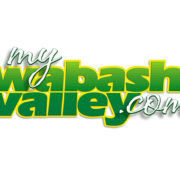 In the few past weeks, Linton Police have sent text alerts to residents about construction mishaps during holiday travel and a missing persons case. Both resolved with the help of a program called Nixle.
“As far as getting information out there, as far as finding and locating people, it’s been a tremendous type of a tool for us,” says Chief Troy Jerrell. “Just another tool in the tool box.”
But some residents aren’t even aware of the program.
“I think the text alerts is a good idea,” says Lucas Shake a resident of Linton. “People rely on their phones a lot. They’re always stuck to their phones so that’s probably the easiest way to get to a lot of people.”
Read More
https://www.nixle.com/wp-content/uploads/2017/01/my-wabash-valley.jpg 400 495 Mitch Lortz http://www.nixle.com/wp-content/uploads/2016/10/headerlogonew-01-300x138.png Mitch Lortz2017-01-03 17:26:302017-01-03 17:32:04Text Alert Program Saving Lives
Is Your Hospital Moving? Check Out These Effective Patient Transfer Techniq...