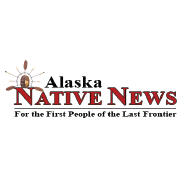 One is in custody, and another hospitalized with drug overdose in shots-fired investigation Wednesday afternoon, APD reported via Nixle.

At 1:58 pm, APD officers responded to a disturbance with shots fired on the 1800-block of West 80th Avenue on Wednesday, and stopped a vehicle with a driver and passenger that matched the description of the suspects given by witnesses.

When pulled over, the driver remained in the vehicle, while the other, fled on foot. The driver, who was in possession of drugs, ingested the drugs that he had and subsequently overdosed. The 23-year-old driver was rushed to the hospital for treatment. He is now facing several charges.

A perimeter was set up to apprehend the fleeing passenger. Citizens, alerted by an APD Nixle release, recognized the suspect and called in, and APD made contact with the suspect in the Northwood/Countrywoods area at 3:06 pm. When apprehended, the suspect, found to be a juvenile, fought with officers.

The nature of the charges has not been disclosed by authorities.