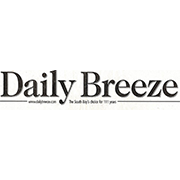 A reputed gang member sought in a nearly year-old killing in Redondo Beach was arrested in Salt Lake City, where he was working as a dishwasher in an Italian restaurant. The FBI and Redondo Beach police announced a reward offer of up to $10,000 for anyone who could help bring Ortega into custody. A day later, a tipster provided information anonymously over the Police Department’s Nixle site