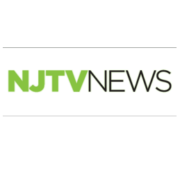 The swift take-down of Ahmad Khan Rahami is being credited to vigilant civilians, brave law enforcement and the keen intelligence sharing that’s come about in the post 9/11 era.

“It’s hard to imagine the case being made any more quickly than it was. The events from the weekend led to an arrest on Monday. It’s extraordinary. And when you think about the flow of information and the level of cooperation that is necessary to get that done it really is inspiring,” said New Jersey State Attorney General Christopher Porrino.

The Seaside Park bomb plot along a military 5K run, followed by the explosion in Chelsea set off a chain of events between law enforcement agencies. Today the state’s top officer, Porrino, said part of that involves the ROIC — or State Police Regional Operations Intelligence Center.

“I can’t get into the specifics but I’ll say that the sharing and cooperation is completely seamless. There are no state lines when it comes to tracking down terrorism,” Porrino said.

Authorities are reluctant to share just how the information trickles down. Though Linden Mayor Derek Armstead says his team relies on a digital alert system to communicate internally and with outside towns.

“We have something called Nixle. We had gotten alerts over our phones as to who the individual was prior to him being involved or engaged with our officers in town. So we knew who he was and we were on the lookout for him and I think that contributed a tremendous amount. When Officer [Angel] Padilla first approached the individual, he knew right off who he was dealing with,” Armstead said.