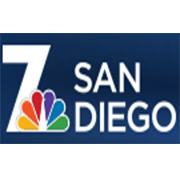 Zeus, a service dog who watches after his owner’s oxygen tank, went missing while not wearing his collar or service jacket. Officials released an alert about Zeus Friday, asking locals to be on the lookout for the pooch and contact the Sheriff’s non-emergency line with any information. Deputies said a San Marcos resident found Zeus and saw the Sheriff’s Department alert. He called officials and the service dog was reunited with his owner, who really needs him.