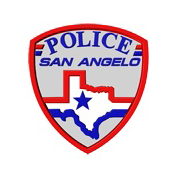 A critically missing 17-year-old male with autism who was reported missing yesterday evening from a southwest San Angelo neighborhood was located safe last night. After an initial search of the area by several patrol units and civilians, San Angelo Police issued a community-wide Nixle alert that included a picture of the male. The alert was sent to Nixle subscribers via cell phone text message, email, and to social media outlets. After a short time in the area, a couple reported seeing someone wearing a yellow shirt [described in the Nixle alert] enter the back yard of a residence near Honeysuckle Lane. The couple also alerted a nearby officer who in turn followed Morgan and confirmed his return to the residence.