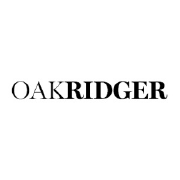 “He was wet and cold. He was not injured in any way. We’re glad we got him back to his family.”

Akagi said the parents have asked the police to not comment on the circumstances surrounding his disappearance and they are honoring those wishes.

However, he is commenting on the response he witnessed by officers and the community in locating the Jefferson Middle School student.

“It was quite a feeling of group accomplishment when we got him,” Akagi said during the telephone interview. “Everybody contributed. It’s really neat to live in a community that has the kind of spirit to rally around a crisis.”

The police chief said about 15 to 20 officers were involved in the search. When the call about the missing child came in at about 6:30 p.m. Monday, the police department was finishing a meeting.

Author Ann Patchett speaks at Lunch-4-Literacy
“We had supervisors there who volunteered to assist,” Akagi said. “We had a lot of volunteer people who just said, ‘Look we’ve got a missing child, I’m here to help.’

“That was very, very gratifying,” the police chief said.

He said the principal and staff at Jefferson Middle School were contacted and began working together to come up with any leads as to where the child might be. The police got a lot of leads from the school personnel, he said.

A man who had received the information that the boy was missing through the Nixle system called police dispatch when he saw a boy matching his description, Akagi said.

“It’s a great way to get information out very quickly to a lot of people, Akagi said. The chief said 4,797 people are signed up to receive alerts from the ORPD through the system that sends out messages from the police to people’s smartphones, computers or other internet-connected device. People can easily sign up for the system by going to http://local.nixle.com/oak-ridge-police-department/. They can also text 37830 to 888-777 to subscribe to text alerts.

“We sincerely appreciate the public calling (the Police Department.) That made the difference last night,” he said.