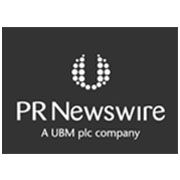 In the late months of 2012, several snowblower thefts occurred in the Truckee area.Truckee PD issued a Nixle Alert to all Truckee residents warning them of the ongoing thefts. Following the Nixle Alert, informed local citizens advised the Truckee Investigations Unit of possible suspects. In conjunction with open investigative leads, the Truckee Police Department was able to identify two local suspects who were involved.The suspects were specifically targeting Honda snowblowers, which are popular in the Truckee Tahoe area, and have a retail price of $3,000 on average.